BHUBANESWAR: In the traditionally male dominated sphere of bodybuilding, Gargy Nayak of Odisha has carved out a niche for herself by winning Ms Bikini All Indian Championship in Mumbai and emerging fifth at Asia Championship in Singapore recently. 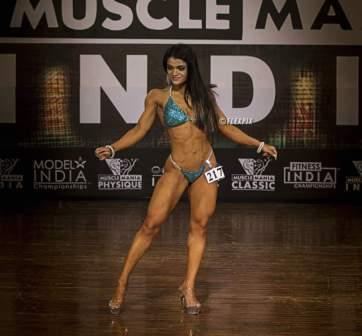 Bodybuilders engage in activity of control and develop musculature for aesthetic purposes. In competitive bodybuilding, bodybuilders appear in lineups and perform specified poses for a panel of judges who rank competitors based on symmetry, muscularity and conditioning.

Gargy Nayak is the only girl from Odisha to have participated in Ms Bikini All Indian Championship. The event, which saw more than 150 contestants in total and seven from Odisha, was organised by Muscle Mania, an international bodybuilding championship federation. The other participants from Odisha were Samay Raulin, Anand Mohanty, Sangram Sahoo, Amarpreet Singh, Soumya Swain and Gurkwal Singh among others.

Gargy Nayak was formerly a professional Odissi dancer. She shifted her focus to fitness and became a professional Zumba trainer. After witnessing some bodybuilding shows last year, she was inspired to pursue a career in the field. 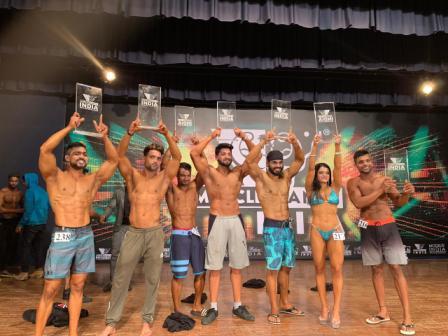 Interacting with Orissa POST, Gargy said, “I want to see myself at such bodybuilding shows. I started training. My success was only possible due to the constant support of my team. My mentors Gaurabh Chakrobarty and coach Bikram Sahoo have trained me in some insane workout routines.”

“Of course, it is challenging for a girl. If you don’t get proper scope or encouragement, you can easily lose hope. Fortunately, my family is even more excited than me. I have the best coach. Passion has driven me the most,” she added.

Her coach Bikram Sahoo is Muscle Mania Champion 2018 and founder of Fitness Mantra gym. His tips have been instrumental in my success, said Gargy. Shedding light on her future plans, Gargy said, “I want to promote female fitness in the state. There is a lot of scope for the growth of this profession. It deserves equal recognition and acknowledgement.”